I’m so unsatisfied with the notion of the below meme!

செப்டம்பர் 07, 2020
I’m so unsatisfied with the notion of the below meme. Marx and Lenin! At least she should have mentioned a non male inspirational idol, that would be a progressive talk ( not ‘really’ progressive though, just comparatively better). When there’s a progressive view then there should be a way to reform/continuously improve the progressiveness. This meme itself is a stupid idea to empathise with the progressive women “tittle”. I find it odd that women/other gender people are not allowed to have an opinion just because they aren’t accepted as “real” women/real human, in the so-called progressive circles/ripples; always less human than so called these pseudo progressives. Nina Simone is wearing a fashionable cloth with fashionable accessories. But here women/people are judged for their actions against their immediate sovereignty. However, pseudo முற்போக்கு has been an elitist swindle the ignorant buy into! I want to (and any progressive for that matter need to) speak about ideas, ideologies, theories, formulas and strategies not the people themselves. If one argues that Marx and Lenin translate to ideologies then they are failed to understand the notion of ideology itself. None of these excite me as long as they disallow people to evolve contemplating on their own reviving concepts. 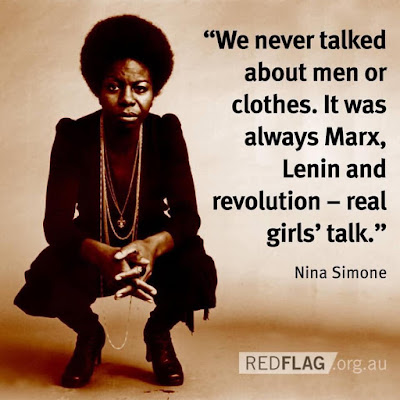